MindArk's Planet Partners contribute with their own concepts and creativity, adding exciting new environments and activities to Entropia Universe that reflect their own graphical identities.

Existing Planet Partners that are currently working on already launched or completely new planetary systems are presented below.

Planet Calypso is a unique sci-fi MMOG. As human colonists on a distant alien planet, players from all over the world join together in the development of a new civilization. Faced with robotic enemies and exotic environments, settlers hunt wild creatures, mine resources, craft and trade items as they expand their human colony.

Since its creation in 2003, Planet Calypso has offered an online game experience second to none. Enjoyed by players in over 200 countries, Planet Calypso recaptures the frontier experience in a vast online world filled with adventure and opportunity.

Creative Kingdom (CKI) will create a unique fusion of the physical and virtual worlds. We achieved international renown as the designers of such lavish destinations as The Palm Island, World Island and the Madinat Jumeirah Resort in Dubai. Our 30 years of experience in creating top iconic resorts around the real world will now be implemented developing a planet within the virtual universe.

CKI feel that this long term partnership with MindArk is a perfect match for both companies. The Planet Partnership gives us access to a very secure, proven and stable system that includes the cutting edge technology for handling a Real Cash Economy. For MindArk it will further prove the viability of the Entropia Platform as a foundation for creating varied, entertaining and exciting online virtual experiences.

Participants will join the effort to colonise this recently discovered planet, led by enthusiastic treasure hunters keen to seek their fortune. Remnants of the previous civilisation are everywhere.
The abundant resources present ensure a rapid drive to industrialise the economic centres of the colony, whilst explorers continue to uncover clues to the long lost riches of the land. Unique resources and the new opportunities for inter galactic trade presents marvellous opportunities for entrepreneurs to stamp their mark and thrive.
As treasure hunters seek their fortune, their demand for equipment and services drives the economy forward. Colonists are encouraged to assist in the settlement of outlying regions and provide the treasure hunters secure bases to launch their expeditions. 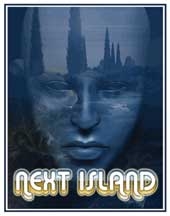 Next Island will introduce the first virtual world where Time Travel will be possible. Our planet´s center point will be an island named Next Island that, together with its surrounding destinations, will provide social networking, adventures, quests, professions and a cash economy. Planet inhabitants will have the chance to engage in time travel that will take them back to the Ice Age to battle with monsters from 18,000 BC or explore the Amazon nation of 400 BC where women ruled the lands.

Using the Entropia Platform to build our virtual destinations has given Next Island access to next generation graphical tools and systems usually unavailable to all but the major game & virtual world developers.

Rocktropia is a world where you can discover music, socialize, play games, party or build a business. The Rocktropian world consists of multiple destinations that have been inspired by the most iconic and sub-cultural imagery of today’s legendary music. Examples of destinations are Motorhead’s Castle where fans can join “Lemmy’s Army” and Kevin’s Wasteland, the artist Kevin Rudolph’s area.